Not quite sure what criteria was used during the poll (and not planning to check it out ) but the headline says it all and I would love to disagree.

It’s quite easy to do a survey and manipulate it to back up a preset ideology or as a PR stunt. When it comes to American politics and in particular, former president Barack Obama’s time in power, I am forced to disbelieve the rankings. We all have our ‘why’s’ and ‘buts’ (please write yours in the comment section below). Here is my take. 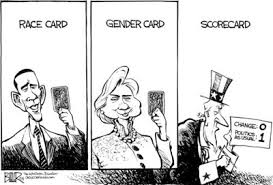 Who would’ve thought American democracy could be so true to itself as to one day have a black-american citizen of Kenyan descent take on the mantle of leading the world’s most powerful nation? Well, this ideal came true when Barack Obama combed the elections and became president. The world watched his speech and I for the first time picked interest in listening to a politician talk about anything really. If his ranking for best president was based on this aspect then he sure tops the list of all 44 American presidents.

Has America or any country in the world ever had a president so eloquent with his words like Obama was (and still is)? I guess not. 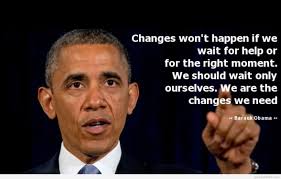 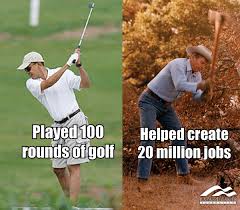 There was something about those catchy, intellectual, well-thought out, emotive speeches. And that was the problem with them as well. He talked a lot, he spoke so convincingly, he quoted all that was worthy of quoting and unfortunately that was what he seemed to know best how to do (beside excessive golfing of course). So again, if he topped the rankings based on how much he talked and how little he acted on all that talk then sure, he does well to come in first place. 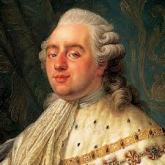 French history at the time of the famous French Revolution has a one very ridiculous but interesting couple. Behold, the naive and snobbish Queen Marie Antoinette and the lazy King Louis. The King is said to have had a tendency to avoid important kingdom matters and discussions (perhaps out of disinterest, lack of confidence, or utter incompetence to deal with them) and would soon turn to his famous pass time–hunting through his bedroom window. Barack Obama may well have been voted the best golfer among all the USA presidents, and not just because he played so often but also because he appeared to prefer golfing much more than attend to pressing matters of national and international importance at a time when his presidential attention was needed (or at least it’s what the media showed, the same media that showed him being so eloquent). So there we have it again, ranked best president for record-high golfing. 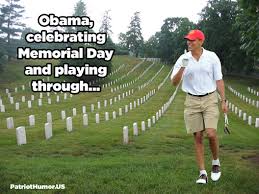 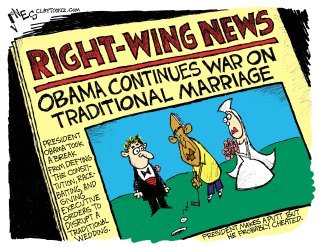 Every leader comes up with a manifesto, clever promises and anything really that often seems more to focus on wooing unsuspecting voters rather than a sincere attempt to address any failings of the previous term or president. We could agree Obama was no exception but if there’s something as making a little too many promises and not satisfactorily fulfilling them then once again we have a winner.

A Lack of Class Fit for Presidency

Talking of a decent elegance or class, did the Obamas get the memo? Sure the excitement of being the first black-American of Kenyan descent to become president can get to almost anyone’s head. However, trying so hard to fit in with ordinary cool stunts, attempting to be very friendly and approachable by going to one TV show after another like an upcoming celebrity, proving the blackness too hard with the cliche basketball playing, going on and about at times like there was no one in charge of the wardrobe, the list is endless; but you get the picture, Obama tried unnecessarily so hard on more or less trivial things and if the rankings for most popular president were based on this then definitely he scoops the prize.

Need I say more, like, seriously, is it not yet clear the man seemed to either have got his priorities all mixed up right after the first election or he had been briefed wrong about what presidency entitled. No serious Commander-In-Chief lays back to golf or some other

lame excuse when crucial issues of national security, national disasters, family values, and other pertinent elements demand his/ her urgent and undivided attention, focus, and commitment. Once again, he probably ranks at the top for this one too.

But someone better advise political leaders differently when it comes to manipulating public opinion through unconvincing polls. Several do it, have done it, and we can’t expect it to change any time soon. 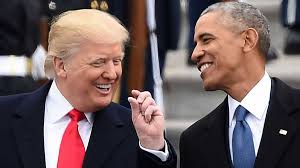 "Sometimes you don't need to have it all figured out and you shouldn't beat yourself about this. Just take it one step at a time, take a break for as long as you need, and try again at the same thing or something utterly new!"