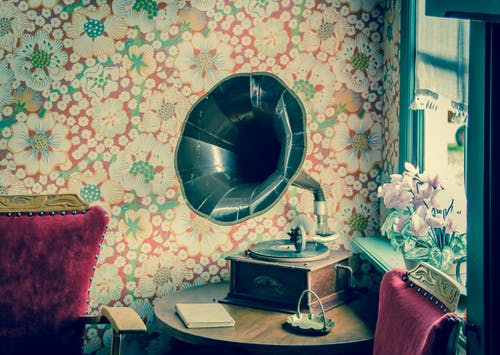 To identify the major events of January 1900, reference has been made to the Wikipedia page. However, selection of events and slight adjustments have been made.

Sugihara Chiune’s Birthday, 1st Monday: Sugihara Chiune, Japanese diplomat celebrated his birthday on 1st January. He is known for having rescued an estimated 6,000 Lithuanian and Polish Jews from the Holocaust; in Yaotsu, Gifu, Japan.

The 1st Electric Bus Runs in New York, 2nd Tuesday: The “autostage”, the first electric bus, became operational, running on Fifth Avenue in New York City. Eight people could sit inside, and four outside. The fare was one nickel.

Victoria Disappears in Typhoon, 3rd Wednesday: An insurance carrier concluded that the British transport Victoria, last seen on November 14, had been lost in a typhoon.

Britain Takes Over Nigeria, 4th Thursday: In Lagos, formal ceremonies were held to lower the flag of the Royal Niger Company and replace it with the British flag, as the United Kingdom took over administration of Nigeria.

Tragedy in Tiflis, 4th Thursday: An earthquake was registered in Tiflis (now Tbilisi), killing more than 1,000 persons. Ten villages, along with the town of Akhalkalaki were destroyed.

Toledo Attorney Destroys Library, 8th Monday: Marshal O. Waggoner, Toledo attorney, who had recently converted to Christianity, destroyed his library of books “consisting of the writings of infidels”. “Many of the volumes were exceedingly rare. There were a large number of manuscripts and first prints not to be found in any other library in America.”

The Deutschland Launches from Germany, 10th Wednesday: The Deutschland, operated by the Hamburg-American Line and promising to be the fastest passenger ship to that time, was launched from the shipyards at Stettin, Germany (now Szczecin, Poland).

Henry Ford Introduces the D.A.C Wagon, 12th Friday: Henry Ford introduced his first commercial motor vehicle, a two-seat electric-powered delivery wagon, under the name of the five-month old Detroit Automobile Company (D.A.C.), which would produce eleven other models of cars before going bankrupt in November, at the rate of two per day. Rather than departing the business after the failure of the D.A.C., Ford would spend a year at designing a new, gasoline-powered automobile, and launch the Ford Motor Company on November 30, 1901.

Yaqui Indians Lose the Battle of Mazocoba, 18th Thursday: In a battle during the Yaqui Wars between Mexican government troops and the indigenous Yaqui Indians, 400 of the Yaqui were killed. Another 1,800 of the defeated people were captured, of whom half died during a forced march. The Mexican Army suffered 56 deaths and 104 wounded.

Thousands of Austrian Miners Go on Strike, 23rd Tuesday: Thirty thousand Austrian miners went on strike, joining 40,000 who had already walked out. The miners sought guarantees of an eight-hour day and higher wages.

Bubonic Plague ‘Fire’ Leaves Thousands Homeless, 24th Wednesday: In an effort to combat an outbreak of bubonic plague, health authorities arranged the burning of a condemned home in Honolulu. The fire went out of control destroying a large portion of the city at its Chinatown section. 6,000 people were left homeless.

Newly Elected Kentucky Governor Shot, 30th January: William Goebel, who had run for Governor of Kentucky against William S. Taylor and who had taken a court challenge over the results, was found to be the winner of the 1899 gubernatorial election. As he and his bodyguards walked to the State Senate chamber, he was hit by gunfire from the neighboring state office building. On his deathbed, William Goebel was sworn in as Governor of Kentucky at 8:55 pm the following day. He served as Governor for four days before his death.

"Sometimes you don't need to have it all figured out and you shouldn't beat yourself about this. Just take it one step at a time, take a break for as long as you need, and try again at the same thing or something utterly new!"